Two tugboats from FFS are towing in the Baltic Sea for the same client.

The loads on both barges are wind power modules, which will be installed offshore next year.

- FFS Amaranth and FFS Athos each picked up their barges at Ugland Construction in Stavanger, which were towed to Poland. As soon as the barges are loaded, they will be transported on to Ålborg in Denmark, says operations manager at FFS, Leif Steinar Simonsen.

FFS Amaranth is now located at the quay in Gdynia, which is the largest port in Poland and is an important logistics hub for trade. FFS Athos is located a few miles further east, in the more famous port city of Gdansk.

The loads on both barges are wind power modules, which will be installed offshore next year.

- UGLAND CONSTRUCTION stands for loading, and FFS for towing. When the unloading in Denmark is finished, the barges are towed back to the base, says Simonsen.

The assignment started on 24 May. The plan is for the two FFS boats to leave Gdansk two days apart in the first week of June.

- WE STILL HAVE assignments in Poland. But this week we actually had three boats down there at the same time, as FFS Atlas was in the same area with the barge FFS Ponton 8 at another job. It does not happen that often, says Simonsen. 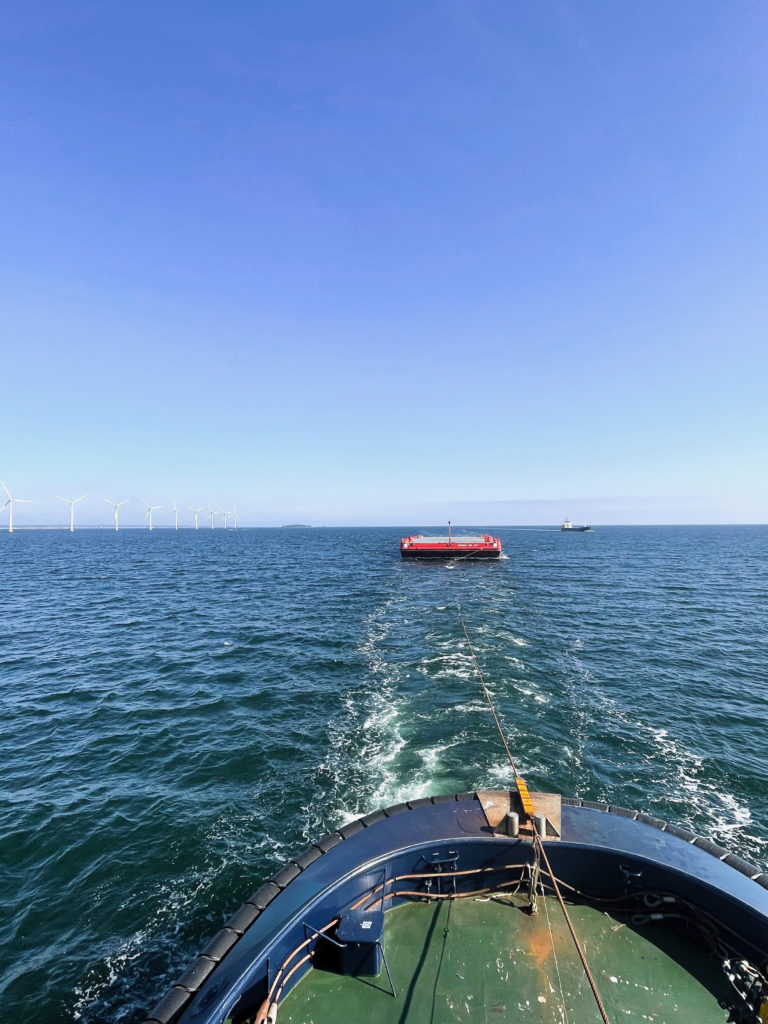