From Farsund for the last time

Here, the 183 meter long barge S-600 is towed away from Lundevågen to be sold as scrap metal. 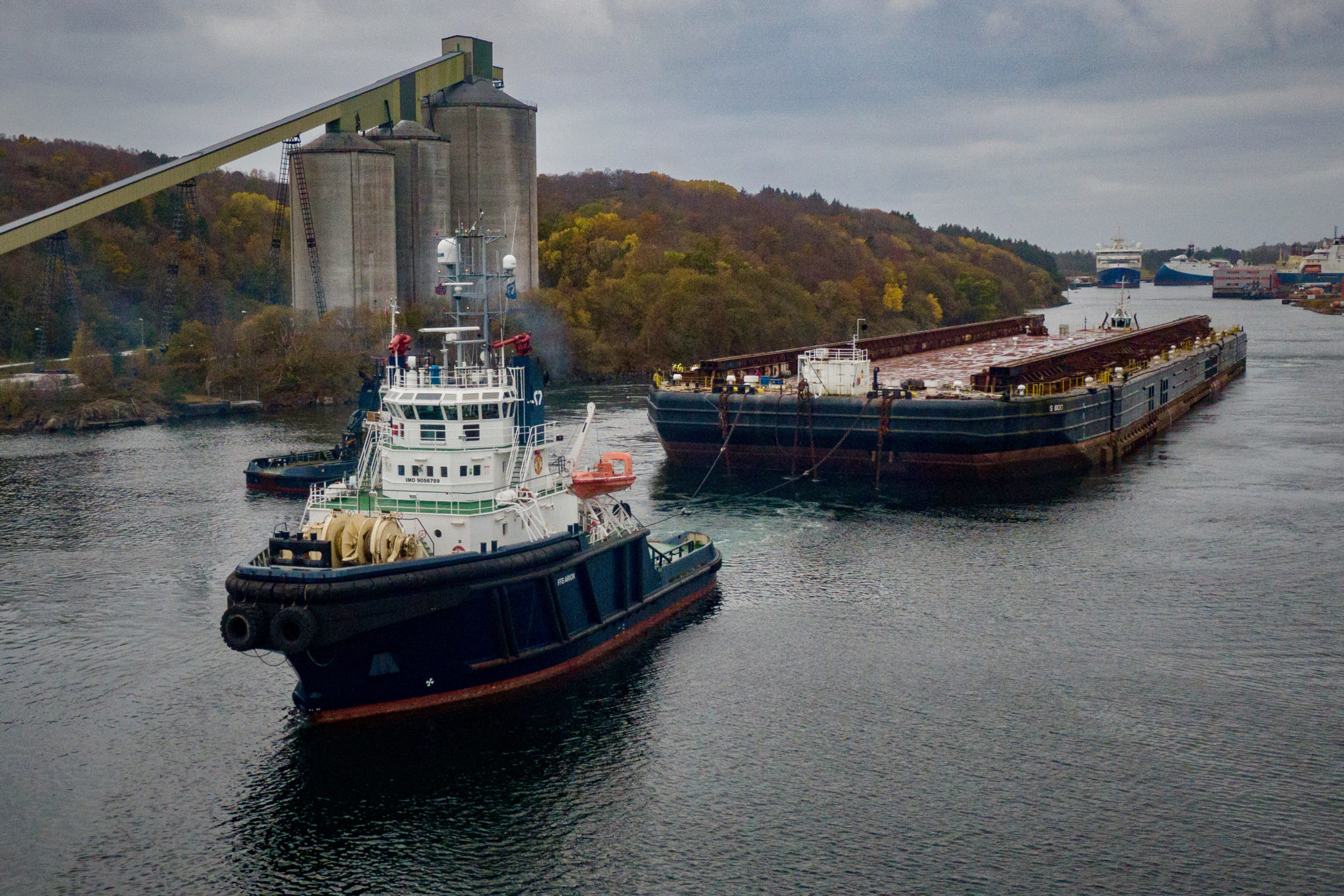 The tugboat FFS Arion towed the huge barge from Farsund to Egersund, assisted by FFS Amaranth and FFS Athos.

The barge has been in storage in Farsund for six years, only interrupted by a short trip to Verdal in 2018. In this sense, the harbor loses one of its most famous "guests" when it is now sent to Turkey for scrapping.

S-600 was this week towed out of the fjord by FFS Arion, assisted by FFS Athos and FFS Amaranth. The first stage went to Egersund. It must remain there until the export permit is in order.

THE BARBECUE IS built to transport and launch platform substructures, so-called jackets. Such projects are normally announced between three and five years in advance. The barge is usually booked two years in advance.

- The activity in this market is very low, and this also looks like it will be in the foreseeable future. It affects the demand for this type of barge. The owner has therefore made a strategic assessment and chosen to sell. Of course, the fact that the prices of scrap metal are historically high also plays a role, says John W. Nilsen, general manager of FFS.

IT IS SAIPEM, the world's second largest oil service company, which has owned the S-600. This summer, FFS was commissioned to clear the barge for push equipment. This equipment was sold to Italy.

Now the craft itself will soon disappear to the south as well.

The barge had its last assignment in the North Sea in July 2015 in connection with the launch of the chassis of the Gina Krog platform. Since then, it has mostly been in storage in Lundevågen.

In all these years, Saipem has had two men permanently staying at a hotel in Farsund to look after the barge.

Get to know us in FFS

Helps the cabin people with supplies

FFS Arion on a long tow to Turkey